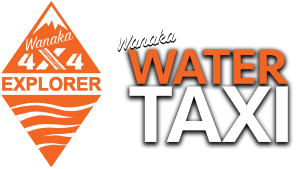 A Touch of Boating History

The first sailing ship known on the lake was the Surprise which was owned by Captain Hedditch and operated on the lake during the 1870s. This was followed by the Eureka and the Nun.
These ships traded up and down the lake carting passengers, sheep, timber and fax to the farms and small settlements around the lake.
A steam ship followed; the paddle steamer Theodore known as the “Queen of the Lake” arrived in 1881 plying the lake for a number of years, eventually to be superseded by the Makarora a screw-steamer. The Makaroa was built by William Allen of Pembroke who also built the commercial hotel on the waterfront.
The timber trade was booming in the early 1900s as gold miners and settlers demands for timber increased. The RMS Makarora would leave Wanaka every Monday at 8am for the head of the lake returning Tuesday at 11am calling in at Mineret and West Wanaka. Also providing a trip to pigeon Island (now known as Mou Waho Island). Trips were a highlight with a band playing and there was often dancing on the decks. In May 1909 the RMS Makarora was wrecked on the rocks opposite pigeon Island.
The next was a oil burning ship called the Tilikum offering a charter service on the lake. A number of smaller ships appeared on the lake: the launch Elswick in 1912, the launches Bellbird (1922), Tinaroa(1935), sister ships the Muretai 1 and 2 ,and the Malibu in 1955.

All these vessels played an important part in the establishment of farming and industry in the area and were a vital link for the farmers of the lake for mail and as a way to transport their goods to the markets.
From the 1930’s onwards tourist operations appeared on the lake as people came to enjoy the stunning scenery and to hike and fish around the lake.
Lake Wanaka has a rich and historic boating history and tradition and Wanaka Water Taxi are proud to be part of the heritage.

We're not around right now. But you can send us an email and we'll get back to you, asap.